RARE VARIANTS OF MALIGNANT MELANOMA – A CLINICAL AND HISTOPATHOLOGICAL CHALLENGE

Introduction: Malignant melanoma may present a great variety of histopathological patterns. Besides the classic forms of melanoma, there are a number of variants that have been described, such as polypoid, verrucous, desmoplastic, myxoid, chondroid, balloon-cell, rhabdoid, animal-type, amelanotic, spitzoid, nevoid. The aim of this study was to characterize the rare histopathologic variants of malignant melanoma observed in a Dermatopathology Laboratory in a period of 15 years (1995-2009).

Results: Eighty-seven rare histopathologic variants of melanoma were observed, corresponding to 6,5% of all melanomas. We have found predominance of females in spitzoid and of males in animal-type melanoma. There were some preferential locations: face in animal type, trunk in polypoid, limbs in verrucous, and subungual in chondroid melanoma. We identified ulceration in 73% of poly- poid, in 60% of verrucous and 50% of amelanotic melanomas. A higher mortality rate was documented in mixed variant (polypoid/animal-type), desmoplastic, polypoid and animal-type.

Conclusions: The recognition of these variants is important, not only by the clinical and histopathological challenge in the differential diagnosis with other skin tumors, but also because of the possible implication of some of these variants, with peculiar biological behavior, in the prognosis. 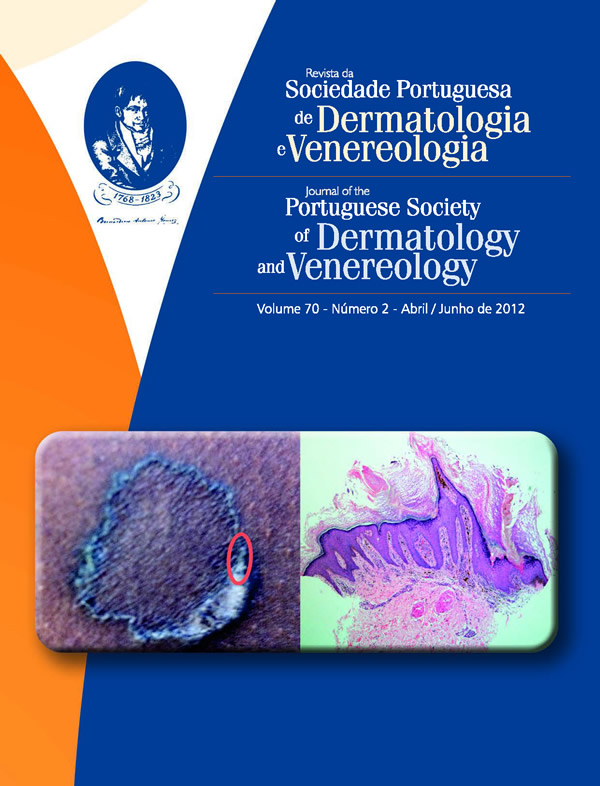